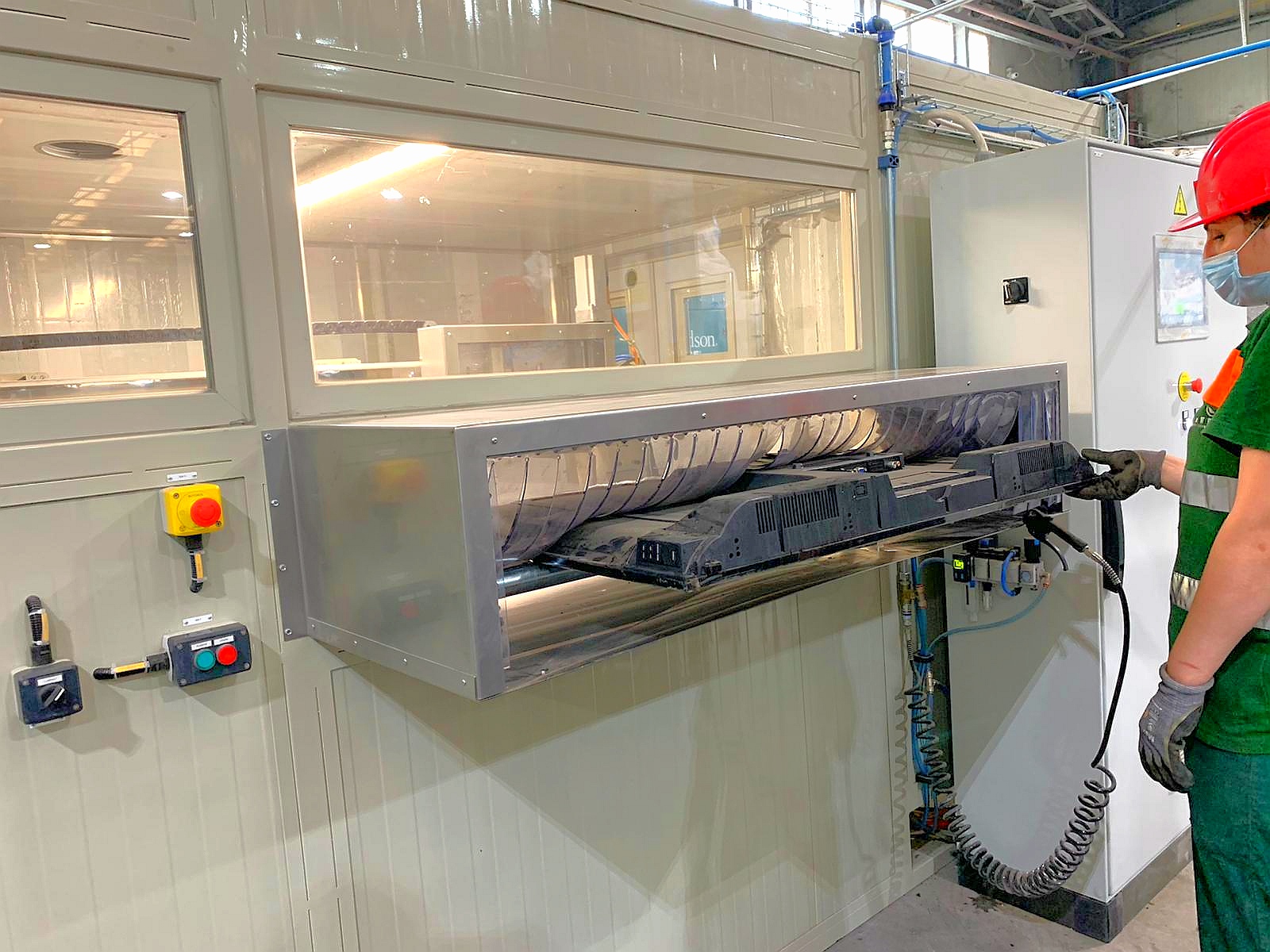 The project, costing 500,000 euro has been put in function early May this year and has the capacity of treating 2500 tons/year of TVs and equipments with flat panel display. This action is part of the company's strategy to diversify and increase production capacity.

It is estimated that 50 million tons of e-waste will be generated globally in 2020, half of which will be personal devices such as computers, screens, smartphones, tablets and TVs, the rest being large household appliances and small size, heating and cooling equipment.

Recycling is essential, as it is protecting the environment, human health, and more important these times, the materials resulted from treating are reused as secondary raw materials.

"The new installed line is a circular economy solution, as the materials resulting from recycling are used in other industries. At the same time, through the process of depollution and removal of hazardous substances that waste contains, we reduce the negative impact on the environment. Today, more than ever, the only option to be responsible to the environment and to the development of communities in a healthy way is to make sure that recycling continues and is done to the highest standards", said Marius Costache, General Manager Green WEEE.

The technology, purchased from Sweden, has a treatment capacity of 2500 tons / year and complies with B.A.T (Best Available Technologies).

Because flat screens, namely LCDs, contain CCFL fluorescent tubes, the treatment process focuses on the extraction of hazardous substances and materials, especially mercury, which is removed in a controlled environment. The remaining fractions: metals and plastics are treated using existing equipment in GreenWEEE and then reintroduced into the economic circuit as secondary raw materials.

„Green WEEE has taken another important step in developing and completing the treatment activity by adding this new process. The technology is constantly evolving, bringing us new devices, much more complex and more efficient, but which also contain various dangerous substances. When a lamp (contained in the LCD unit) is damaged, we may be directly exposed to mercury vapor and mercury dust, which poses a high risk, for this reason, when a device ends its life cycle it must be recycled”, Marius Costache, General Manager of Green WEEE.

GreenWEEE provides treatment operations at the highest standards and is the only unit in Romania and one of the few in Europe with the operating under WEEEBALEX license, for the large domestic equipment, small household appliances, cathode ray tubes and CFA workflows.

WEEELABEX is a landmark European certification that sets standards and closely monitors the processing and disposal of WEEE. WEEELABEX certification ensures that all waste electrical and electronic equipment arriving in GreenWEEE is processed in accordance with legal requirements.