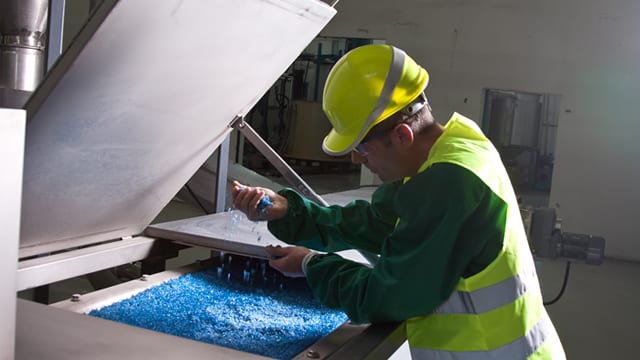 GreenFiber International, part of the integrated recycling group Green Group, is investing EUR 35 million in the third synthetic fiber production capacity of 100% recycled material. As a result of the investment, the company becomes the largest European producer in this segment.

With a production capacity of 30,000 tonnes / year of synthetic fiber, the new plant will be located in Urziceni, on the former industrial platform of ROFEP, acquired by GreenFiber. The new production unit will be operational in the first quarter of 2017.

At the same time, the company is considering a new investment to double the capacity in Urziceni until 2018, and at the end of the project, the total production capacity of GreenFiber International will be 113,000 tonnes / year, adding to the operations of the other two factories in Buzău and Iași. . The new factory in Urziceni will have permanent activity, being created jobs for the inhabitants of the city, as well as for those from the neighboring localities. At the end of the project in Urziceni, GreenFiber will have over 1000 employees in Romania.

"Even though the demand for fiber from our customers was increasing, the opening of the new unit was possible only as a result of previous investments aimed at improving the superior supply flows. Between 2013 and 2015, we invested 23 million euros, part of the amount going towards the creation of a functional collection infrastructure for increasing the volume of clean and uncontaminated PET waste. At the same time, we have increased the operational capabilities of the lines that process PET waste before it reaches GreenFiber in the form of flakes”, said Clement Hung, CEO of Green Group companies.

As part of the GreenFiber production process, PET flakes resulting from sorting, grinding and washing of PET packaging are melted into thin filaments and transformed into synthetic fiber, a material that resembles wool. For GreenFiber plants to operate at full capacity, 162,000 tons of PET bottles will be processed annually, exceeding the annual volume of PETs placed on the Romanian market.

"GreenFiber is ready to face the strong competition from established producers in Europe and especially in Asia. But in order to stay competitive, we must be able to deliver large volumes of high quality fiber, which can only be obtained from clean PET bottles. And in order to obtain this quality of waste, we have invested in our own collection infrastructure, SIGUREC. Today, we have 161 fixed and mobile points in 36 cities in Romania and we record a monthly increase in collection of 10%.
Even so, due to the lack of municipal collection infrastructure in Romania and because there are not enough quantities of PET in the factory, we import 55% of the raw material from Europe. At the same time, we are considering an investment in the Middle East, which will cover the shortage of resources in the European market", added Clement Hung.

GreenFiber sells mainly synthetic fiber for export to countries such as Germany, Italy, Denmark, Czech Republic, Belgium, Slovenia, Turkey and Hungary. The most important customers are companies in the automotive industry, which use fiber in the interior textiles of cars or for filtration systems. At the same time, fiber is a raw material for the hygiene industry, being part of baby diapers, wet wipes or patches. It is also used in the furniture products industry, as fillers for sofas, pillows or pilots, as well as in constructions, for insulation panels, roof membranes or geotextile membranes.

GreenFiber has a rich history in Romania. The first factory was launched in Buzau in 2005, followed by the factory in Iași, in 2007, which was developed on the industrial platform of the former Terom Iași, in the past one of the most powerful European producers of synthetic fiber. GreenFiber, the new industry that replaced Terom, produces 10 times more today, but it also marked the beginning of a modern period in which natural resources, oil, as a raw material, were replaced with waste as a renewable resource. Both Iasi and Buzau have benefited from the jobs and economic opportunities offered by GreenFiber, becoming powerful industrial hubs.

GreenFiber will continue its investments in the development of production capacities, aiming at the world leader in the production of synthetic fiber from recycled material.