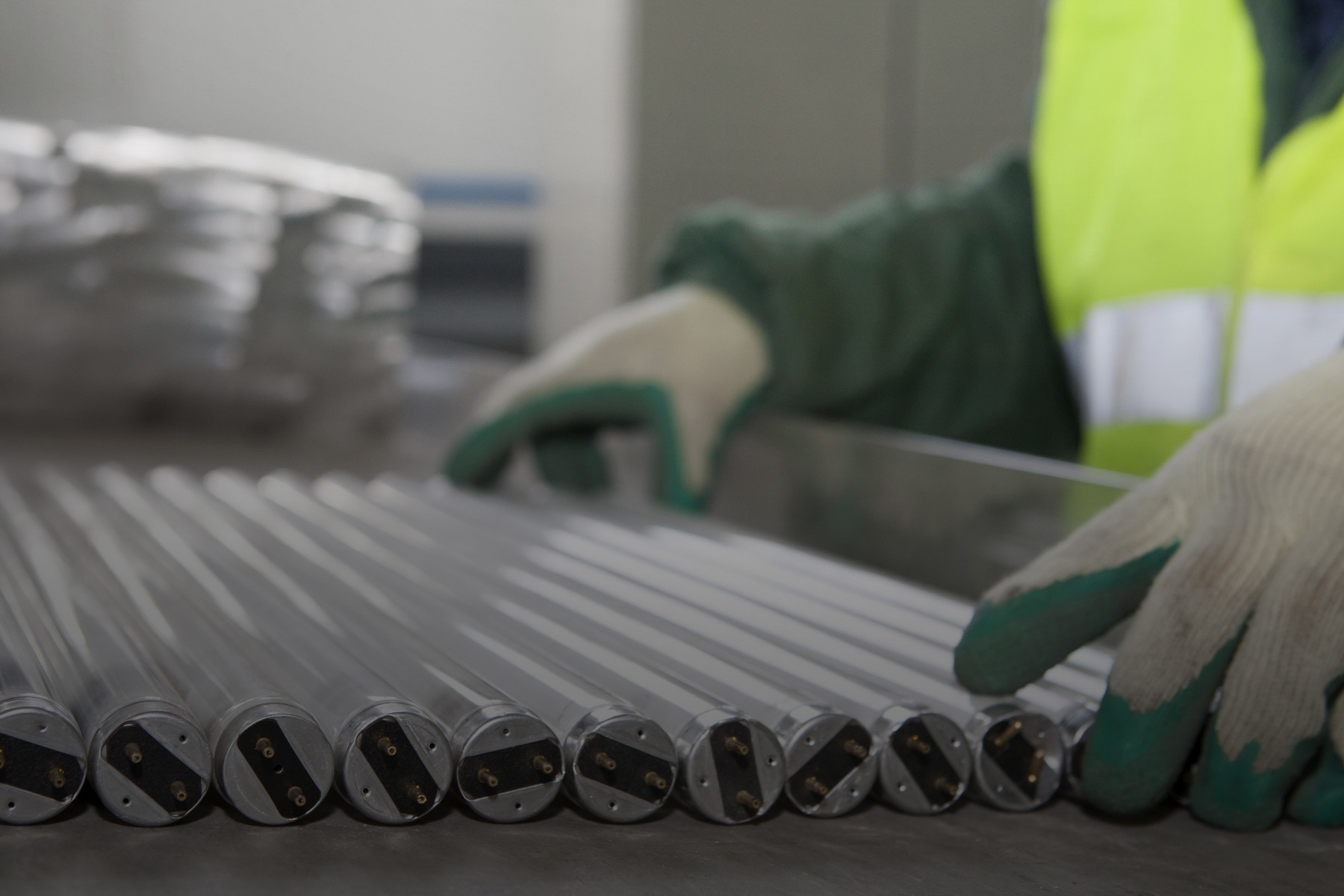 We believe that the most important thing to remember when recycling is PROTECTION: of the environment, of health and of the planet. As the saying goes « every little bit counts « we can say that the same thing applies on the recycling industry.

All mercury-containing lamps, regardless of the amount of the mercury, should be handled as a hazardous device and stored as such to avoid breakage.

We can make the difference! Recycling of used lighting equipment is what Greenlamp Recycling Buzau does. The latest technology that Greenlamp uses allows it to treat all used lighting equipment waste and, at the same time, to recover mercury resulted from fluorescent powder collected out of fluorescent lamps and mercury vapour bulbs as well as high intensity discharge lamps (HID).

The mercury is contained within the lamp and is not exposed to the environment unless the lamp is broken at the end of its life. The release of mercury is most likely to occur when the lamp is thrown in a garbage truck or a dumpster.

While lamps are not a major source of mercury pollution, the improper disposal of large numbers of lamps does add to mercury in the environment.

The best way to prevent the release of mercury from lighting is to recycle lamps and not dispose of them in the solid waste stream. Recycling lamps captures the mercury, allowing it to be reused.

So, what happens when mercury gets in the human body?
Common symptoms of brief contact with high mercury concentration are:

-loss of appetite,
-fatigue,
-eye irritation,
-skin rashes, and insomnia, while exposure to even small amounts of mercury within a long period may disturbs the brain and nervous system, damage the kidney and lungs effects fertility and blood pressure regulation with further consequence of heart disease and faster memory loss.

Pregnant women and small children are most sensitive to hazardous impacts of mercury exposure, with risk of various effects, from delaying walking and talking, learning disabilities, deafness, blindness, cerebral palsy. Most symptoms usually disappear when exposure to mercury discontinues, however, effects on the brain and nervous system may be permanent.

The mercury effect on wildlife- lots more dangerous impacts of mercury contamination on wildlife are reported in many places, some even risking to extinction.

When recycling used lighting equipment, almost all components of a fluorescent lamp can be reused.